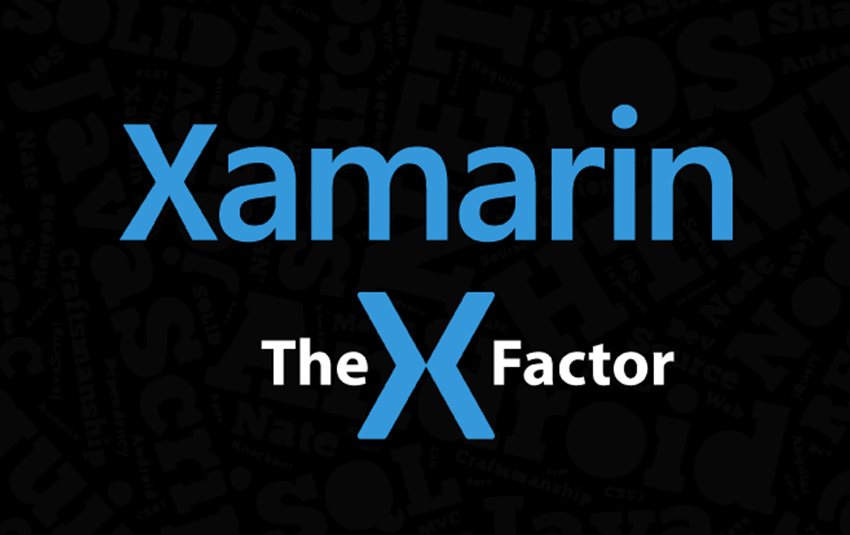 As one of the leading custom, web mobile development firms in the country, Mindfire Technology realized several years ago that as the role of mobile devices in people’s lives expanded even further, mobile apps and their developers would become a strategic and driving force for software innovation.  Mindfire seized the day, and the paradigm shift, and began using Xamarin as a mobility platform.

In conjunction with Visual Studio, we realized immediately that Xamarin provided a rich mobile development offering that enabled our developers to build mobile apps using C# and deliver fully native mobile app experiences to all major devices – including iOS, Android, and Windows.  Xamarin’s approach enables our developers to take advantage of the productivity and power of .NET to build mobile apps, and to use C# to write to the full set of native APIs and mobile capabilities provided by each device platform. This enables us to easily share common app code across iOS, Android and Windows apps while still delivering fully native experiences for each of the platforms.

Mindfire was also impressed by that fact that Xamarin has more than 15,000 customers in 120 countries, including more than one hundred Fortune 500 companies.  Top enterprises such as Alaska Airlines, Coca-Cola Bottling, Thermo Fisher, Honeywell JetBlue use Xamarin, as do gaming companies like SuperGiant Games and Gummy Drop.  Xamarin was recently named one of the top companies that help run the Internet, and with its Microsoft acquisition in February of 2016, it has become the ultimate leader in development and has evolved into the most cross-platform development framework among all competitors.

In the beginning, we knew that the major contestants would be HTML5 and Javascript, and the key argument internally for us centered around cross-platform support when compared to native apps. Other cross-platform based technologies like Sencha Touch and Apache Cordova were released, but when it came to factors like performance and user experience, we felt that they arrived well short of expectations.

It Serves the Purpose Delivered by Native Frameworks

One of the major complaints of Apache Cordova and the like was, though they were used by developers for making apps, they still had severe problems. This was solved by Xamarin and its unique approach. Thankfully, Xamarin Studio allowed for code completion in and provides for native performance along with access to performance and the benefit of native UI. Since you can share the same code all the main platforms, you get to enjoy shorter development cycles.

Once the coding is done in C#, it can be shared across various platforms with only minor changes in them. It is said that developers can share about 75% of the code and they can save coding because when the application logic underlying the UI layer is coded once in C#, there is less work to be done. This application logic includes input validation, database interactions, web service calls and backend enterprise integrations. The biggest advantage is that developers no longer have to write separate code for each platform.

The Benefits of very Powerful IDEs with Xamarin>

Developers can leverage the benefits of very powerful Integrated Development Environments (IDE’s) to enable improved support process. In cross-platform, you are creating two sets of platform codes, for example, Xamarin.iOS and Xamarin.Droid. Though you still work on the code and user interface design separately, you can still share generic platform independent classes, where you can share utility classes and business logic and then import them into the platform folders of both.

The user interface for apps is written in a new universal format, Xamarin Forms. This helps you to create not only seamless but would save a lot of time to prepare the UI.

Get to Enjoy the Benefits of C#

We all know that C++ is a simple object-oriented programming language that is both modern and general purpose. C# is the modernized version of C++ and it can enjoy type free errors that might make your program flawed. With its simplified syntax, you don't have to use pointers and headers, while periods replace namespace and reference operators. This makes C# one of the best programming languages used in cross-platform development.

Xamarin allows for testing across several devices. And that’s not all. You can detect bugs that might hinder user experience. Besides that, the developer can make use of performance detection capabilities integrated within Xamarin to check for any issues that might arise when the app is in the hands of the user. Many of these tests are automated, depending on user preferences and requirements.

As Mindfire Technology continues to deliver world-class applications, service support on a national and international level; we never forget that our mission is to perform consistently for our clientele and deliver value-added services with the highest level of quality and precision; and to build a great firm that attracts, develops, excites, and retains exceptional people.